The Sony A7s is a full-frame mirrorless camera that was released in 2014 and was known for its excellent low light performance and high sensitivity. It has a 12.2 megapixel resolution and is capable of capturing 4K video.

One of the key features of the Sony A7s is its low light capability, thanks to its high sensitivity and wide dynamic range. It is able to capture clean, noise-free images and video in very low light conditions, making it a popular choice for photographers and videographers who need to shoot in challenging lighting situations.

The Sony A7s also has a fast and accurate autofocus system, which is helpful for capturing fast-moving subjects. It has a wide range of features and customization options, including the ability to shoot in different color profiles and record in a variety of formats.

Overall, the Sony A7s is a highly capable camera that is well-suited for a wide range of photography and videography applications.

Blogs as well as Facebook provide a platform for airing views, whether it be what I classify as political BS, or how bad Starbucks Coffee happens to be etc.

This is a very rare rant for me but currently I am highly brassed off and it has NOTHING to do with photography. It is all to do with VALUE in the entertainment industry.

Over recent years there has been numerous posts on websites and social media by musicians who quite rightly complain about establishments and venues who are not prepared to pay reasonable fees for performances.

Yes it is extremely hard for musicians to get gigs now and get paid for what they are worth. I do my best to help, providing artists with high quality images at NO cost, to do with whatever they wish.

People who LISTEN to music like myself are always prepared to pay to see people we like and respect. We are blessed in New Zealand at the value we can normally find to see wonderful performers.

As an example, in 2018 Twenty dollars to see the great Roy Phillips (ex Peddlers).

Five dollars (members) and fifteen dollars public to see Ray Woolf sing his heart out at Auckland Jazz and Blues club. Plus many others PLUS those who perform free.

Now here is the good and great:

Here is the bad:

THE SECOND HALF OF THE SHOW WAS PERFORMED WITH THE AUDITORIUM LIGHTS ON.

There was virtually no dimming of lights after half time yet the first half was performed in darkness with a well lit stage. There was a row of spots along the ceiling directly above our seats which were too bright and reflected off our eye-wear making it difficult to see the stage which we could do in the first half.

There were many grumpy people including our friends who felt they had paid good money to be let down by a dumb decision to keep the lights on over the audience. The sad thing is Elaine Paige would have had a full view of the many empty rows of seats.

This show was badly promoted (if at all). For artists of this calibre and a woman who has led such a spectacular career over many years deserves an audience of more than just a few hundred people.

Despite me laying a complaint with the management on behalf of our friends and others around us nothing was done about the lights. In addition despite the most professional performance by a world acclaimed artist many people were expressing their dissatisfaction at the ned of the concert over the bad lighting.

In my opinion if there happened to be a request by the performer to leave the lights on (which is what I was told by management), was a bad decision.

All of a sudden the VALUE of our seats were diminished, it was not the same experience as the first half which was performed with the auditorium being in full darkness and a nicely lit stage.

There was no photography permitted which is OK, however at least I am able to show a copy of the ticket I paid for a great performance but disappointing experience.

After having had first hand experience promoting and marketing in my own career it requires work these days to please people, entertainers are meant to have people leave feeling happy.
Oh well I will just lay it on an promoters who I was were not even present, just a bunch of monkeys. 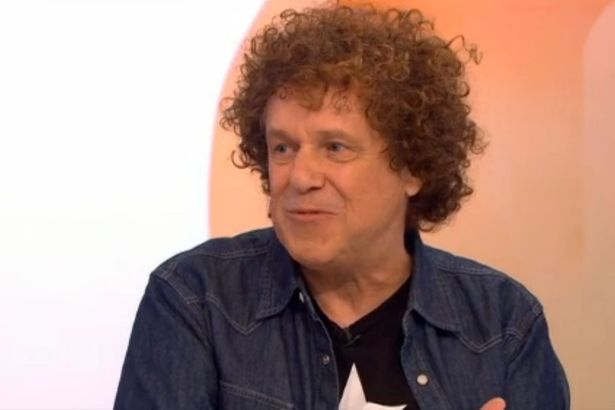 A small review on Leo Sayer and Lulu, by Glyn Tucker

On a miserable wet Sunday night in Auckland, on 26th June, 2016 at Civic Theatre in Auckland, I went along to see a couple of singers from a bygone era perform a clutch of old songs for a mostly middle-aged audience. One of the prime motivators for checking them out was the venue. I have become disenchanted with stadium concerts that are so impersonal that one seldom experiences the soul of the performers. Any attempt at connecting with the audience on a personal level is usually substituted with the glitz and glamour of digital light shows and mega-production gimmicks. And the sound quality can be sadly  miss-interpreted as sound quantity.
So I shuffled to my comfortable seat in the Civic auditorium, along with 2,000 similar grey-haired blokes and coloured-haired blokesses and was early enough to check out the stage set-up. It looked encouraging. A nice Ludwig drum kit sitting proudly on its riser in the centre rear of the large stage, flanked by Fender bass and guitar amplifiers (one bass, two guitars) and surprisingly two sets of keyboards, one stage-left and another at stage-right. My gaze then shifted to the interior of the theatre, and I was reminded what a magnificent auditorium this is. From the twinkling stars in the midnight blue ceiling to the big golden cats sitting either side of the stage, with their illuminated green eyes staring out, this is a classy place. It’s reminiscent of a Las Vegas Showroom, but with less glitz and more traditional character. Not to mention the very natural-sounding acoustics that never get in the way of the music.
With every seat in house supporting a backside, the off-stage announcer introduces “Ladies and gentlemen, Leo Sayer and Lulu” and they enter from opposite sides of the stage to perform their first duet. Both of them were dressed casually, Lulu sporting a cool black hat, black jeans, and shirt/waistcoat affair; Leo in blue jeans and chequered shirt and sport coat, and of course with his trademark frizzy hair. They are both small people, but so dynamic! It was obvious from the get-go, this was going to be a good night. The band was great, and the sound mix was perfect! I cannot remember ever making that statement about the sound of any concert over the past 20 years. But this time it all came together in a wonderful blend of clear, precise vocals and awesome guitars, keboards and drums at a solid volume level that “did the business” without completely demolishing our eardrums.
As the set evolved, it became apparent that additional backing vocals were added by way of a single female singer, augmented by both guitarists and both keyboardists, as required. The harmonies were brilliant, and once again beautifully mixed. After a couple of duets to kick off the show, Lulu left the stage and Leo did his stuff for two or three songs after which Lulu came on and did the same. They finished the first set together again before the interval. The audience was typical of the age-group; applauding strongly but politely at the end of each song, but remaining silent throughout performances.
After the interval they started winding the audience up. Lulu did a segment where she got to tell some stories about her days with Maurice Gibb and she sang a couple of Bee Gees hits. “To Love Somebody” was superb (with lovely BV’s as described above). A highlight for me was her story about Maurice and Barry writing “Run to Him” and Robin coming in late to provide the main chorus. This was a well rehearsed segment where Lulu seamlessly moved from talking into singing mode to portray the songwriting process, and back to story-telling mode. The back and forth switches were handled seamlessly by Lulu and the band. Brilliant!
By the time Lulu performed her amazing version of “Shout” everybody was out of their seats singing and clapping along, including Leo, on stage with her. Then Leo did his monster hit, “You Make me Feel Like Dancing” and the whole place went wild. Lulu showed her dancing skills and Leo showed his lack of them. These last two encore numbers capped off a great show.
Other highlight performances were, Leo’s “When I Need You”, “ More than I can Say”. Duets “Moonlighting”, “Long Tall Glasses(I Can Dance)”, and a great version of Bob Seeger’s “We’ve Got The Night”, an then Lulu’s “ To Sir With Love”, Bowie’s “The Man Who Sold The World”. I came away feeling that Leo Sayer is still a very good singer, whilst Lulu struck me as being exceptional; and both are almost 68 years of age! A great concert from a pair of absolute professionals, the likes of which are rare in this age of digital gimmicks and manufactured videos.
Glyn Tucker

July 6, 2016/0 Comments/by Steve
https://stevehilliar.com/wp-content/uploads/2016/07/Leo-Sayer.jpg 410 615 Steve http://stevehilliar.com/wp-content/uploads/2018/06/Concertlogo.png Steve2016-07-06 09:29:042018-03-09 06:00:10Leo Sayer and Lulu
Scroll to top
We use cookies on our website to give you the most relevant experience by remembering your preferences and repeat visits. By clicking “Accept”, you consent to the use of ALL the cookies.
Do not sell my personal information.
Cookie SettingsAccept
Manage consent